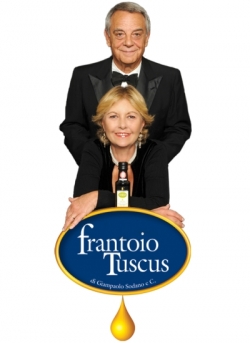 autonomous creativity. It is the culture that marks the work of the "Oil Masters". The homo faber of the third millennium is free from the alienation of the worker. The ideal of him is a modern craftsmanship that masters all stages of creating a product. For the artisan entrepreneur, the pride of a job well done is worth more than what it makes in money.

Because for us at Tuscus, ethics are intrinsic to the product and its processes.

This is the meaning of our ethical code. Producing extra virgin olive oil means having a great responsibility because the oil in addition to being a condiment is, due to its intrinsic properties, a formidable antioxidant and anti-inflammatory but also, according to the most advanced medical research, a preventive antidote to some medical diseases such as diseases. cardiovascular and cancer.

For this reason, oil companies are called upon to fulfill an important social role. Provided that you produce high quality oil.

I was enchanted looking into the lens of my Canon, the blue that framed Uluṟu, the imposing rocky massif of the Australian outback called Ayers Rock, I had never seen it. Surrounded by the completely flat surface of the bush, Uluru can be seen from tens of kilometers away and is famous for its intense red color, which changes spectacularly from ocher, to bronze, to that blue that becomes dark and turns to purple according to the time of day and season.

It reminded me of the color of certain porcelain in our family collection that my mother called porcelain blue, that dark but bright blue that someone called baby blue or the so-called blue of Vienna that peeps out here and there in the Majorelle gardens of Yves's house. Saint Laurent and Bergé in Marrakech, Morocco.

Or the blue of the Ventotene sea when the sun penetrates it straight and sends back its glare. Or the eyes of grandmother Emma in which I was lost: it seemed that a brush dipped in different colors had traced a kaleidoscope in those eyes with that mysterious magnificent blue in the center.